The Andy Griffith Show was one of the most successful series in television history. It ranked among the top ten shows in the nation during each of its eight prime-time seasons, from 1960 to 1968. Over forty years later, the 249 episodes still remain some of the most frequently watched syndicated shows on television. In this book, Richard Kelly makes clear to everyone, from the occasional fan to the serious student of television, why The Andy Griffith Show is still so beloved.

Richard Kelly is a native New Yorker and received his doctorate from Duke University in Durham, NC. Professor emeritus at the University of Tennessee in Knoxville, with a focus on 19th-century English literature, he has also written biographies of Douglas Jerrold, Lewis Carroll, George du Maurier, and Graham Greene. He has been a recipient of the Lindsay Young Professorship. 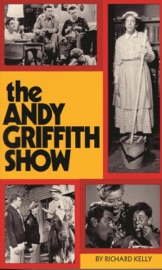