First published in 1960, this is a gripping account of the decisive sea battle between the forces of Napoleon and the British under Nelson in 1798.

The Battle of the Nile (also known as the Battle of Aboukir Bay‎‎) was a major naval battle fought between the British Royal Navy and the Navy of the French Republic at Aboukir Bay on the Mediterranean coast off the Nile Delta of Egypt from 1-3 August 1798. The battle was the climax of a naval campaign that had ranged across the Mediterranean during the previous three months, as a large French convoy sailed from Toulon to Alexandria carrying an expeditionary force under General Napoleon Bonaparte. The British fleet was led in the battle by Rear-Admiral Sir Horatio Nelson. 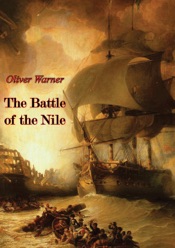